Protecting Your Rights,
Your Freedom and Your Future
Request Your Consultation
Home
Attorney Profiles
Mark Blair 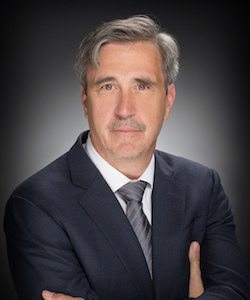 Committed to Your Best Result

Mark Blair grew up in a legal family and inherited an abiding respect and passion for the rule of law. After graduating with honors from Seattle University School of Law, Mark worked as a prosecutor in King, Yakima, and Thurston Counties. He argued hundreds of criminal cases and earned a reputation as an articulate and tenacious prosecutor who was also realistic and fair-minded.

In 1997, Mark decided to cross the aisle to work as a defense attorney on behalf of individuals accused of DUI, domestic violence, property crimes, and other criminal offenses. He made the switch in order to focus more on individual clients. Says Mark, “As a prosecutor, you have hundreds of cases. As a defense attorney, you have one client—and that case gets your entire focus.”

Mark knows that his experience as a prosecutor works to his clients' advantage. “It's all about understanding your opponents' mind set,” he explains. Prosecutors base their cases on evidence collected by the police. Their mindset is to convict. Mark believes that the best way for a defense attorney to change the prosecutors mind is by presenting new facts. This can be new evidence, an alternative explanation of how the crime was committed, or a different reading of the law. “You have to respectfully educate the prosecutor. If you present a compelling scenario that's different than the prosecution originally envisioned, then you can negotiate a more appropriate charge—either a reduction or outright dismissal.”

Of course, obtaining new evidence or developing an alternative legal theory comes from hard work. As a defense attorney, Mark is able to focus on each individual client—not a boatload of cases—and thus outwork the prosecution. If the case goes to trial, the focus shifts to persuading a judge or jury. Here, Mark is articulate and thinks on his feet. But the results come from superior preparation. Says Mark, “I will always argue my client's defense to the utmost. I find a way to do it with respect—for the judge, the jury and our legal system."

Contact us
Practice Areas
Client Reviews
★★★★★
Mark C. Blair has no rival in his field in Seattle. A consummate professional. Communication was brief, straightforward, easy to understand, and without a typical condescending tone you can sometimes experience from attorneys on top of their field. Correspondence was timely and always affective. Any in need of criminal defense, should have a conversation with Mr. Blair, and you will quickly see and feel, no further contacts, referrals, or phone calls need be made. The money and time that can be saved by streamlining future contact and collateral damage in the sentencing process will far and away be worth every penny of the fee structure. Thank you very very much Mark Blair. N.Mark French
★★★★★
Sara Kim of BlairKim is a great attorney. I had never before had representation or dealt with the legal system and she made it very easy for me. She converted the legalese into laymans terms for me and helped me to understand the steps of the process. When I hesitated on certain decisions, Sara gave me the confidence and encouragement to proceed – especially since it was most beneficial to me in the long run. Sara is very straightforward and professional while also being personable and pleasant to deal with. Tamara
★★★★★
Sara Kim was the perfect lawyer for our situation. We were determined not to involve the courts in our divorce. Within the first 30 minutes of consultation, Sara proposed an equitable formula for division of property which we used to negotiate an agreement that felt fair to both of us. Our flat fee arrangement with Sara covered the filing of paperwork which alleviated much pressure for us during a very stressful time. I highly recommend Sara for her flexibility, professionalism, and efficiency. Carrie
View More
Submit a Law Firm Client Review